Ready to get legendary sounds of the golden age of retro JRPG?

◆A collection of game music assets that faithfully recreate the sounds from a masterpiece fantasy RPG from the golden age of SNES.

◆A tremendous array of 46 tracks, corresponding to the soundtrack for an entire masterpiece game from that time.

◆An assortment of all songs, such as for the title screen, dungeons, towns, villages, fields, battles, and various events, that are needed for making  RPG.

◆In general, the length of each loop is roughly 1 - 1.5 minutes long, which is standard for music for SNES video games.

◆Including ogg and m4a for looping on RPG maker.

◆All songs feature separate files of intro and loop to use other development tools.

◆All songs also feature a long MP3 version for listening. They can also be used for videos, in addition to game production.

◆You can use these assets for commercial project.

❢These assets are made with SNES-style VST instruments sounds. Not made with real SNES sounds.

❢If you use Unity, please consider to buy "for Unity version" at Unity Asset Store.
https://assetstore.unity.com/packages/audio/music/snes-fantasy-retro-jrpg-music-...

And also, you can find  tons of  FREE JRPG battle music as same quality in my website >>>Wingless SeraphFor example, like this song

In order to download this asset pack you must purchase it at or above the minimum price of $16.20 USD. You will get access to the following files:

I have not yet bought the pack(really thinking hard on it).  But I am currently using the free 16-bit music from your website for my current project.  Would love some feedback on the prototype!

Great work on the music!

This is awesome. Listened to some demo and instant buy :)

These are amazing! The first pack I've found that really captures the essence of the SNES era, and it's got music for literally every occassion. Definitely using them in my next project.

I`m grad you like my music!  Thank you so much!!

Full RPG music for only 27$ it's a steal... maybe I should look into the genre myself.

These are all fantastic, very glad I bought them! Thank you very much! :)

Your stuff is good! Easy purchase for me too.

Thank you so much!

yeah your stuff is amazing man, i've linked your main profile to the game that uses your music, feek free to have a run at it :)

Buying right now! Thank you for all your hard work! Appreciate what you do!

Thank you so much!!

Actually It was tough to making these tracks for this pack, but I`m so glad you are happy! 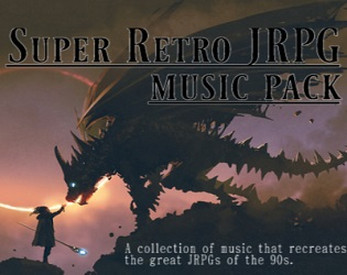